The Boston Marathon is unlike any other marathon, which adds to its allure. You cannot simply sign up whenever you want. Most runners require a qualifying time from another marathon, and that qualifying time must have been completed within a specific time frame on a specific type of course. And after the cancellation of the 2020 race because of the coronavirus pandemic, the thrill of getting into this historic race should be even greater in 2021. Let’s learn about Boston Marathon Qualifying Times 2021!

Each year, runners worldwide compete in the famous Boston Marathon, normally held on the third Monday in April. The Marathon is New England’s most widely viewed sporting event and has been taking place in Boston for over 100 years. Even if you’re not among the 31,500 official participants expected for the 2021 race, watching the runners is an awe-inspiring experience.

Every elite athlete from around the world who participates in this famous race is a winner. While some runners compete for the fastest finish times, many others run to raise money for charities, and still, others simply want to do their personal best.

The Marathon is managed by the Boston Athletic Association, a non-profit group formed in 1887 to promote a healthy lifestyle through sports, especially running, and to manage athletic events.

Boston hotels fill up quickly for Marathon Weekend. To be sure of getting reservations, you should decide where to stay as far in advance as possible.

For the 2021 Boston Marathon, qualifying times must be run on or after Saturday, September 15, 2018.
Qualifying times are based on official submitted net time (also known as chip time). Due to field size limitations, achieving one’s qualifying standard does not guarantee entry into the event, but simply the opportunity to submit for registration.
In recent years, not all qualifiers who submit an entry have been accepted due to field size restrictions. If the total amount of submissions surpasses the allotted field size for qualified athletes, then those who are the fastest among the pool of applicants in their age and gender group will be accepted.
The qualifying window for the 2022 Boston Marathon has not yet been announced.

Qualifying times are based upon each athlete’s age on the date of the 2021 Boston Marathon (October 11, 2021): 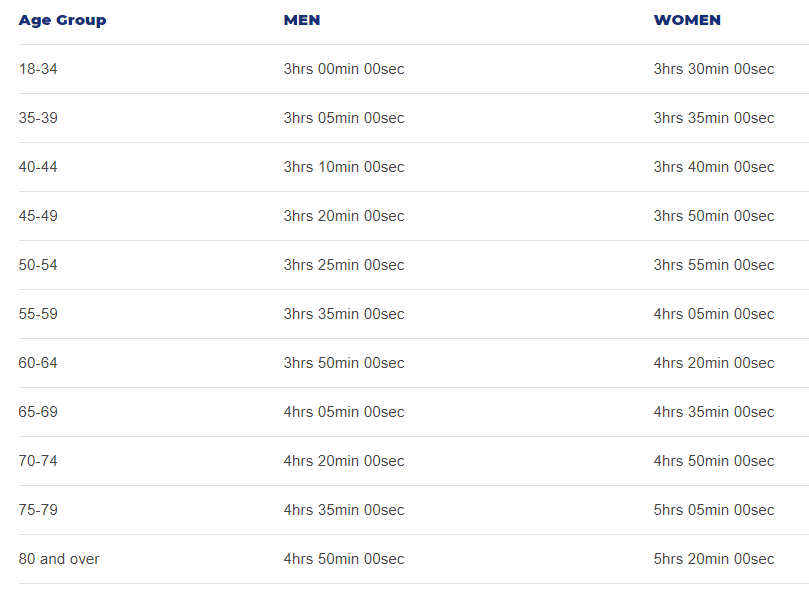 “A runner must submit the certification of either the Long Distance Running chairman of the Amateur Athletics Union of his district or his college coach that he has trained sufficiently to finish the course in less than four hours. This is not a jogging race” – 1970 race application

Rationale: The 1960s witnessed the start of this country’s first significant running boom. As a result, the Boston Marathon starting field size grew at a steady rate from 197 in 1960 to 447 in 1965, and 1,342 by 1969. At the time, B.A.A. officials thought that a field size of more than 1,000 athletes may create a congested course that could compromise the overall quality of the Boston Marathon race experience.

Rationale: The 1970 standards reduced the field size for that year to 1,174, but the number of entrants still exceeded the ideal field size of 1,000 runners. The qualifying time became 30 minutes faster a year later, resulting in a field size of 1,067 in 1971.

Rationale: Women were allowed to officially run the Boston Marathon beginning with the 1972 race, and were held to the same qualifying standards as the men. Races shorter than the marathon distance was considered qualifying races due to the limited number of marathons at the time.

Rationale: The running boom continued through the 1970s, and the number of women participants nearly doubled from 1976 to 1977 (78 to 141). It was at this time the B.A.A. and public safety officials from the eight cities and towns determined that the Boston Marathon race course could accommodate several thousand entrants. Controlled growth soon became the objective. For the first time, age division was taken into account for men’s entrants.

Rationale: With 7,927 entrants in the 1979 race (an increase of 3,163 from 1978) the standards were tightened for all potential competitors to curb the dramatic growth that occurred during the preceding year.

Rationale: An increase in the number of female competitors resulted in the creation of a women’s masters division. Between 1978 and 1980, the number of female participants doubled (227 to 456). In 1978, there were 12 female masters runners, and in 1980 there were 23. The growing number of 50+-year-old male competitors also resulted in the creation of two more age divisions in the men’s race.

Rationale: The early 1980s witnessed a growing number of female participants over the age of 40 years old, resulting in the creation of additional age divisions in the women’s race, beginning in 1984.

Rationale: The sponsorship of the race by John Hancock Financial in 1986 resulted in greater volunteer support and an increasingly sophisticated race organization. This led the B.A.A. to the conclusion that it could accommodate fields approaching 10,000 participants. Additionally, the finish line was relocated that same year to Copley Square Park, which created additional space in the finish area. The B.A.A. relaxed the qualifying times for the open races and developed age divisions for older runners who could qualify with a slower time.

Rationale: “The decision to adjust the standards was made after careful review of recent marathon performances in all age categories, and in response to discussions with many athletes who have competed at the marathon distance. The new standards represent more equitable requirements for all athletes. The new qualifying scheme has been refined to better accommodate the differences which naturally occur with the various age groups. First-class course security, unparalleled community and volunteer support, and state-of-the-art finish line systems enable us to allow many more athletes the opportunity to compete at Boston.” – Guy Morse, Race Director

Rationale: The new qualifying times for runners 45-years and older reflected the B.A.A.’s ability and desire to accommodate more participants. For the 2003 race, the field size limit was set at 20,000 participants, an increase of 5,000 from the 2002 Boston Marathon. The adjustment in the qualifying times followed a review and analysis of performances across the sport. In addition, three new-age groups were created.

Rationale: “We have adjusted the qualifying standards for the 2020 Boston Marathon as the number of marathoners who have submitted applications to run the Boston Marathon has increased significantly during the most recent two registration years. We forecast the interest in running Boston as continuing. We know that the running community pays close attention to our qualifying times for their age group because they are important factors in their training, racing and race selection. As such, for the 2020 Boston Marathon, adjustments to all age group qualifying standards will be five minutes (5:00) faster than previous standards.” – Tom Grilk, CEO of Boston Athletic Association.

Registration usually occurs on a “rolling admission” schedule, beginning with the fastest qualifiers, and remained open until all qualifier spots had been filled. Preference was given to those who had run the fastest under their age and gender qualifying standard (see below for the 2020 standards).

For the last several years, some runners with a qualifying standard did not gain entry, because more than 24,000 (the rough number of qualifier spots) tried to register. The 2019 marathon, more than 7,000 time qualifiers were not accepted. For the 2019 race, runners needed to better their age and gender standard by at least 4:52.

Until registration closes, there is no way of knowing how much faster than one’s standard it will be necessary to run to ensure gaining entry. Due to the shorter timeline this year, all qualifiers may register at any point during the registration week window for 2021.

Runners younger than 18 aren’t allowed to register for the marathon. A runner’s age on the day of the 2020 marathon is the one that determines what age-group standard that runner must meet. The qualification window for the 2021 Boston Marathon began on Saturday, September 15, 2018 and the qualifying period will remain open until the conclusion of registration.

Can non-qualifiers enter the marathon?

The BAA sets aside a few thousand numbers for runners affiliated with one of the marathon’s official charities. These runners do not have to run a qualifying marathon. The charities are given numbers to distribute to runners, who usually pledge to raise a substantial amount of money for the charity. Charity runners go through the charity they’re running for, rather than the qualifier registration system, to sign up for the marathon. Charities open registration for their available numbers at various times during the year.

Are there ways to get in other than a time qualification or charity?

There are, but you need to either be really fast or know somebody. Invited elites don’t necessarily have a previous marathon qualifying time (though they’ve all run impressive non-marathon distances). A certain number of entries for sponsors, the cities and towns along the course, and the media are set aside each year, along with promotional entries and other special invitations. Finally, have you qualified to become one of the best runners in the world?

Everything about Marathon Des Sables, The World’s Toughest Race 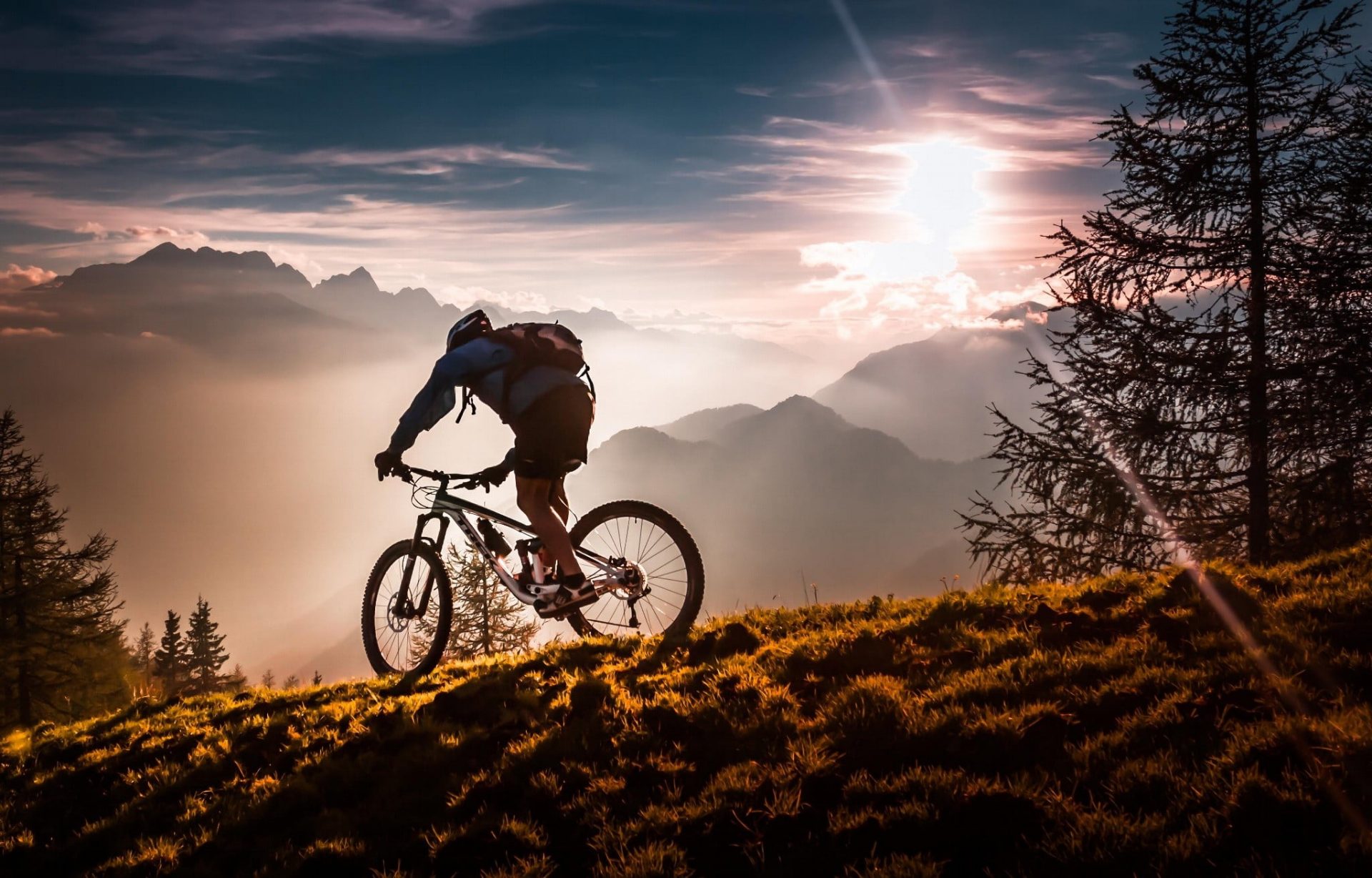