Running and cycling can both improve health, particularly heart health. Because they provide many of the same benefits, it may be difficult to decide which to choose. Here are some of their similarities and differences to help you decide: “Running vs Cycling, which is right for you?” Health benefits of running vs cycling

1. Both are good for cardiovascular health

Aerobic exercise, or cardio, keeps your cardiovascular system healthy. According to the US Department of Health and Human Services, adults should do 150 to 300 minutes per week of moderate-intensity aerobic activity, or 75 to 150 minutes of vigorous-intensity aerobic physical activity.

Running and cycling are both excellent forms of aerobic exercise. A large study conducted in the United Kingdom in 2017 discovered that people who cycled to work had a lower risk of cardiovascular disease than those who walked or did not commute actively.

Meanwhile, a large study published in 2013 discovered that running reduced the risk of high blood pressure and high cholesterol, both of which can lead to heart disease.

2. Running is better for burning calories

Generally, with running, “you’re going to get more bang for your buck — you burn more calories and get your heart rate a little higher while running,” says Kaitlin Donner, DPT, the owner of New Wave Physical Therapy & Sports Rehabilitation in Rockledge, Florida. “You can get the same benefits from a shorter amount of time while running compared to biking.”

3. Both are good for weight loss

Running and cycling both have the potential to help you lose weight. However, because running burns calories faster than biking, it may produce faster weight loss results, according to Marques Garcia, a certified Ironman triathlon coach, clinical exercise physiologist, and owner of Strong2thefinishline in Bellevue, Washington.

Running was linked to weight loss in a 2013 study, and indoor cycling was recommended to help people lose weight in a 2019 research review when combined with healthy eating practices.

Related: Running Vs Jogging, Which Form Is Better For Weight Loss?

Running and cycling work many of the same muscles, mainly in the lower body. These include the following muscle groups:

Running and biking, on the other hand, do not require your muscles to exert much force, so neither form of exercise builds much muscle mass. You’ll need to do some strength training, such as lifting weights, to achieve this.

Meanwhile, because you move your entire body when you run, running works the upper body and abdominal muscles more than cycling.

5. Cycling is better for preventing injuries

Running is a high-impact exercise that puts strain on your joints, so the risk of overuse injuries is higher than with cycling. Approximately 60% of runners will suffer an injury that prevents them from running at some point.

Some common injuries are:

Still, cyclists can get overuse injuries as well. Some of these injuries include:

The greater danger of cycling is being hit by a car or falling off the bike. So, if you’re a beginner who wants to bike outside, it’s critical to learn how to bike safely.

If you have knee or back problems, other injuries, or chronic health conditions, Garcia says you should avoid biking or running until you consult with your doctor.

Donner also recommends starting with cycling if you are overweight, have a history of heart attacks, knee pain, or high blood pressure, because running puts more strain on the body and joints.

6. Endurance building – How long can you last?

If you want to increase your overall endurance, it’s a toss-up between cycling and running. This is due to the fact that the two sports recruit similar but distinct muscle groups, and it is difficult to compare athletic endurance – defined as time spent at a specific heart rate target – across activities.

Cycling, on the other hand, is the best option if you simply want to spend the most time exercising at a stretch. Most people can cycle for much longer than they can run, thanks in part to the ability to coast on the bike. Running vs Cycling, which one is right for you?

1. Ability to continue with age – Can you still run or bike when you hit 100?

Cycling has many advantages, one of which is that it puts much less strain on your joints.

Furthermore, because cycling does not place additional strain on old or arthritic joints, it is a more appealing sport for older athletes to participate in or use to maintain physical fitness than running.

2. Equipment required – Do you want a garage full of gear?

Cycling necessitates a whole wardrobe and a number of cycling-specific accessories, in addition to the bike itself, which can be further subdivided into a seemingly infinite number of upgradeable components and style options.

For example, it is not safe to use your bike helmet for other impact sports such as climbing or skiing, and there aren’t many occasions when you need shorts with a thick chamois off the bike.

Running, on the other hand, requires only a pair of shoes to begin – and while runners tend to accumulate clothing for all weather conditions, much of that clothing can be repurposed to wear when participating in other sports.

3. Cost – On a budget? Choose your sport wisely

If you ask a cyclist how much their bike cost, they may burst into tears over how much money they spent.

Running costs one to two pairs of shoes per year, which typically cost $100-$150 per pair, plus a few clothing items to help you run through the rain and winter months.

Cycling, on the other hand, has no bounds. Even a low-cost used bike can cost as much as a year’s worth of running shoes, and a well-equipped road bike can easily cost thousands of dollars.

And that doesn’t include the cost of essential accessories, which can add up to a thousand dollars or more between clipless shoes, a helmet, clothing, and cycling gadgets.

Cycling is the way to go if you get tired of seeing the same old places during your workout.

Most runners will only cover a few miles during their daily workout, limiting the number of route variations away from home.

A 26-mile course allows for only a limited radius of sightseeing even during a marathon.

Cycling, on the other hand, provides the opportunity to explore a large area.

A weekend ride of 50 miles or more is common among cyclists, and it already provides a wider range of possible destinations than the rare marathon – and you’ll cover that distance in less time.

5. Style – Exercising is all about looking good

The same plethora of items that must be purchased for cycling leaves a lot of room for personalization.

As a runner, the most personalized style you can incorporate into your outfit is a hat, shirt, and shoes.

As a cyclist, however, your clothes are only the beginning. Paint your bike, get a crazy helmet, and add some colorful components – the possibilities for adding personal style touches to a bike are nearly limitless.

Cycling and running are both exciting sports that provide a plethora of benefits to your body’s physical abilities, and it is difficult to choose between the two for a new exercise regimen.

If you can take up both, the two sports work complementary to each other because they work for related but distinct muscle groups and both serve to build endurance and cut weight. However, if you’ve got time and money to spend and are looking to have the most fun possible out on the roads, both running vs cycling can be the best choice for you.

The Unexpected Benefits Of Running Is Best Than The Gym

9 Incredible Benefits Of Cycling, Should Know Before Start 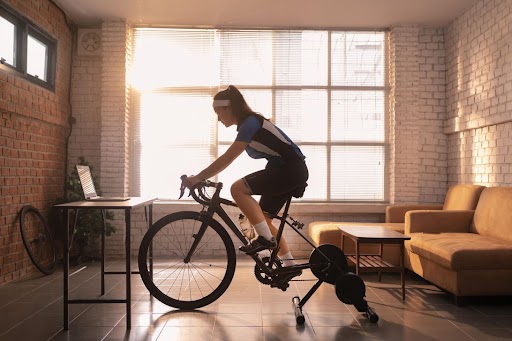